when making plans….expect the unexpected

(found this image online: my sons eoe looked like the middle image)

this means that without his medication, a flovent inhaler that is swallowed…and supplement drinks….he is underweight…

the second is that there is a bug going around

so of course…hubby gets sick

then the eoe kid gets it….which has flared his asthma

so now we need to call the children’s hosp

to find out if he can keep his apt that took 4-6 months to get and that’s after the doctor had to have us reschedule the original apt as she was going to be out of town for the first one….mind you these are follow ups for weight/height

so here we sit….plans in force down the drain….becoming a status quo 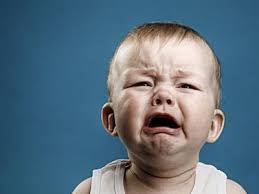 in general his health has improved greatly over the last 2 years and he is taller than me!

but I’m mom…and I worry

that I am doing all I can

when they get sick its scary

through prayer and persistence

we make it through

and everything is going to be ok

just not according to MY plans….